Posted on Saturday, Sep 08 2007 @ 14:05 CEST by Thomas De Maesschalck
I4U reports about Samsung's upcoming Croix phone which will compete against the Apple iPhone.

The finger input system is supported by cross like menus and lists. When Samsung plans to begin offering a Croix based touch screen mobile phone is not known at this point. The interface looks very clean and intriguing and might have a chance against the Apple iPhone interface. Samsung scored overall 11 iF 2007 design awards. 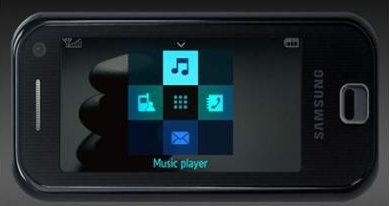