Posted on Thursday, Sep 20 2007 @ 03:02 CEST by Thomas De Maesschalck
While other recently released titles like Bioshock and Medal of Honor: Airborne are based on the visually stunning Unreal 3 engine, Enemy Territory: Quake Wars has been built around a modified version of the Doom 3 engine with MegaTexture technology, which may not look as impressive anymore in comparison.

However if you want to look at the bright side, Enemy Territory: Quake Wars is by far a more system friendly title, as you are about to find out.

Taking the newly released ETQW demo, we have ran a number of tests to determine what kind of hardware you need to enjoy this game with all the eye candy turned on. The game has been optimized rather well and we found it to be quite playable with a mid-range GeForce 8600 GT board using all the high quality settings. We also discovered that this game is not nearly as GPU-dependant as most other FPS titles. Rather, the processor has proven to play a most vital role when it comes to performance, which will help justify those overclocking ventures.

See how it performs at Techspot. 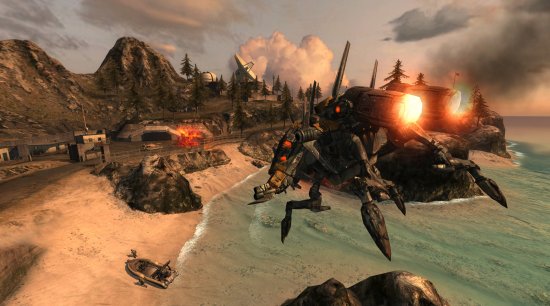