Heroes of Might & Magic V: Tribes of the East demo now available

Posted on Friday, Sep 28 2007 @ 15:54 CEST by Thomas De Maesschalck
Ubisoft released a demo of their upcoming Heroes of Might & Magic V: Tribes of the East expansion pack. The demo features a key episode in the Heroes V storyline where you will follow Gotai, a young warlord of the Orc tribes, as he leads his armies in an invasion of the Griffin Empire. Control the new Orc faction by building cities, recruiting troops, and fighting battles with brand new creatures and discover the unstoppable power of the Orcs on the battlefield! 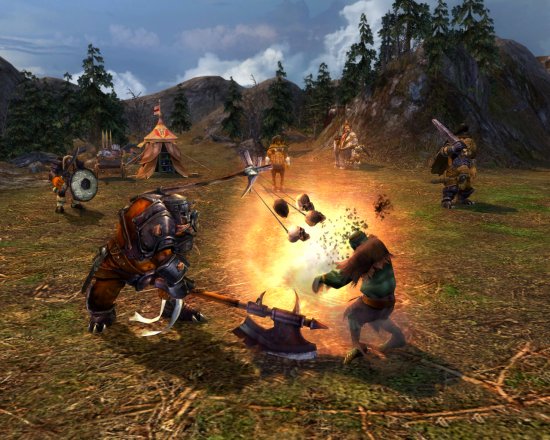