Posted on Tuesday, Oct 02 2007 @ 03:02 CEST by Thomas De Maesschalck
Late last week a playable demo of Clive Barker’s Jericho became available for download weighing in at just over a gigabyte. Although very short, the demo did give us a good idea of what is to come and how impressive the visual quality of the Mercury Engine is. In fact, in terms of visual quality the Mercury Engine appears to be very similar to that of the Unreal 3 engine, which is most impressive. However is this new game engine as demanding as the Unreal 3 engine; we endeavour to find out.

Well if you have downloaded the demo of Clive Barker's Jericho and enjoyed it as we have, you are probably keen to purchase the full version once it is released later this the month (October 23rd). While the game itself has a great deal of potential, gamers will need some fairly serious hardware to really enjoy it. This is certainly a GeForce 8800 series specialty and it is really only those with 8800 GTX/Ultra graphics cards that can enjoy this game at its best. Of course the GeForce 8800 GTS also provides gamers with an excellent in-game experience when playing Jericho, as did the Radeon HD 2900XT.

Check it out at Legion Hardware. 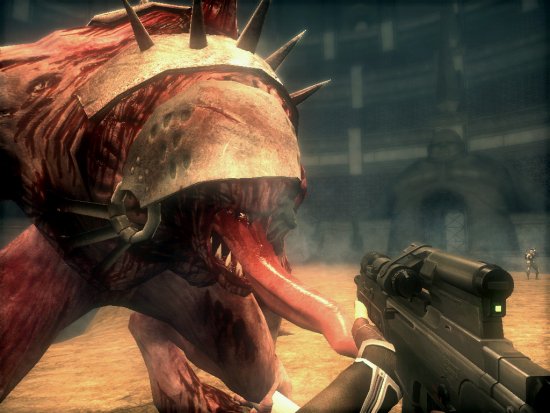