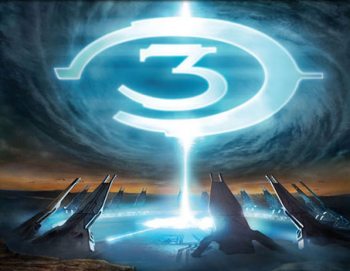 Microsoft's Halo 3 is immensely popular, the software giant announced that that the game has garnered more than $300 million in sales in the first week alone, making it one of the fastest-selling video games ever.

“Halo 3” is quickly staking its place as the most popular Xbox LIVE game in history with members gathering in record numbers to play on the world’s largest online gaming and entertainment network on TV. More than 2.7 million gamers have played “Halo 3” on Xbox LIVE in the first week, representing nearly one-third of the 7 million Xbox LIVE members worldwide. Within the first day of its launch, “Halo 3” players worldwide racked up more than 3.6 million hours of online gameplay, which increased more than elevenfold to 40 million hours by the end of the first week, representing more than 4,500 years of continuous gameplay. Since “Halo 3 launched,” gamers have unlocked nearly 30 million achievements. In its first week alone, “Halo 3” drove a record number of Xbox LIVE Gold Memberships as hundreds of thousands of new members gathered online with friends, family members and other gamers around the world to collectively compete and complete the game.

Developed by Bungie Studios and published by Microsoft Game Studios, the “Halo” franchise is exclusive to the Xbox 360 video game and entertainment system and optimized for the Xbox LIVE online entertainment network. “Halo 3” was released in 37 countries and 17 languages. To date, more than 20 million copies of the games in the “Halo” trilogy have been sold worldwide.

Record week-one sales come on the heels of the previously announced $170 million in sales in the U.S. within the first 24 hours of the game’s release, which marked not just the biggest video game launch, but the biggest entertainment launch in history. The Xbox 360 title beat previous U.S. sales records set by blockbuster openings for entertainment events such as the release of “Spider-Man 3” and “Harry Potter and the Deathly Hallows.” In addition, more than 1.7 million copies of “Halo 3” were pre-ordered in the United States, making it the fastest pre-selling game in history, surpassing the previous record-setting pre-sales of “Halo 2.”