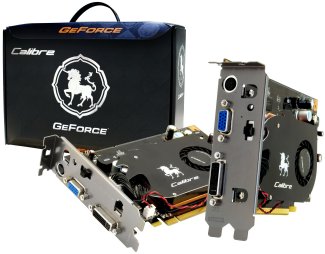 Sparkle just launched its Calibre P860 Turbo graphics card, this product is based on the GeForce 8600 GT and features a "turbo" button.