Posted on Sunday, Oct 14 2007 @ 08:25 CEST by Thomas De Maesschalck
A bunch of screenshots of Frontlines: Fuel of War were released this week. This is an PC, PS3 and Xbox 360 single-player and multi-player FPS game based on the Unreal Engine 3.0. 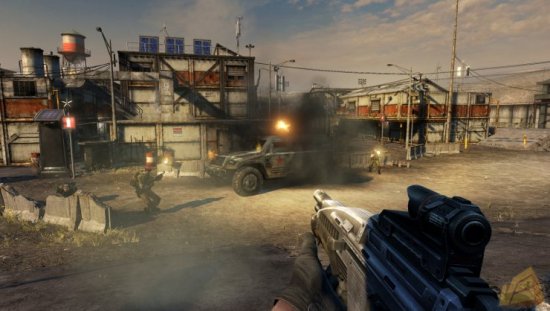 More screenshots at Voodoo Extreme. It will be launched in January 2008 and will feature fully destructable battlezones.