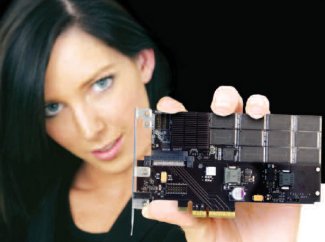 Not only is the storage capacity of the drive very competitive with the storage offered by HDDs, it also features very attractive read and write speeds. The drive slides into a PCI Express x4 slot and has sustained read speed of 800MB/s and 600MB/s write speeds.