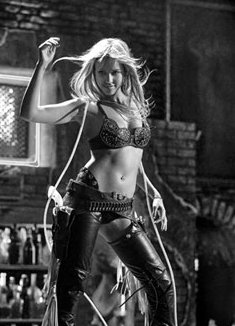 Bit Tech writes Red Mile Entertainment is working on a game based on the Sin City universe:

The game-based-on-the-film-based-on-the-graphic-novels was announced today by Red Mile Entertainment, the same company behind Jackass: The Game. Yeah, it doesn't look good, does it?

Thankfully, Red Mile Entertainment may have their heads screwed on right after all as they've drafted in established game writer Flint Dille to help create the game. Dille has won accolades for his game crafting in the past and created the surprisingly good and rule breaking movie tie-in, Chronicles of Riddick: Escape from Butcher Bay.

Apparently Dille and Sin City creator Frank Miller go way back too and the pair have been friends since Dille was working on the Transformers cartoon series.