Posted on Saturday, Nov 03 2007 @ 11:50 CET by Thomas De Maesschalck
Samsung unveiled some information about their OLED plans. This year and next year we can expect small 2" to 7" OLED panels for cell phones, UMPCs and multimedia devices but for bigger panels you'll have to wait a bit longer. 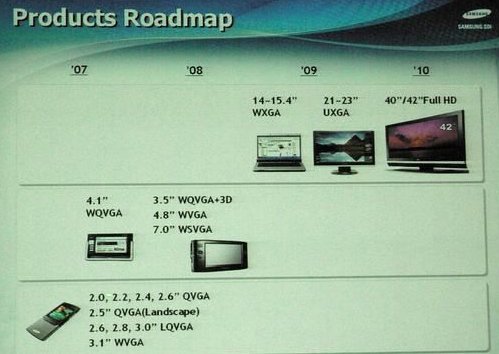 The firm also says they are working on an OLED lighting system and that they are aiming for a cost of 1 eurocent per lumen. More info at TechOn.