Notebooks equipped with HyperSpace will be able to quick-boot into this Linux-based environment just seconds after you powered on your notebook. HyperSpace will feature the Firefox browser, Google Earth, Picasa and several other instant messaging, e-mail and web-based applications.

You won't be loading the HyperSpace environment as an end user; it will be up to the system manufacturer to equip your system with HyperSpace at the factory, or up to your IT folk to order HyperSpace on your company's laptops. HyperSpace.

You probably already use Phoenix Technologies products and don't even know it. Phoenix is one of the major providers of motherboard BIOS firmware for the PC industry, and as such your computer couldn't boot itself without the BIOS (it "loads" itself before Windows does). In September, Phoenix disclosed the "FailSafe preboot software, designed to stop thieves from making off with data stolen from a laptop.

According to Phoenix, the advantages of HyperSpace include a secure environment that can get users to the Internet or certain secure applications even if they are having problems with Windows (a rare occurrence, I know!). Since HyperSpace resides in the firmware, it won't be affected by the weekly Microsoft updates that may or may not break other programs on your system. Also, since HyperSpace is a Linux-based platform, Windows viruses won't affect it.

However, HyperSpace isn't a replacement for Windows: it can't run your company's Windows-based programs or the full version of Microsoft Office. On the other hand, it will let your workers onto the Internet while your IT folks troubleshoot the Windows setup on the PC's hard drive remotely (from their desk in the basement). 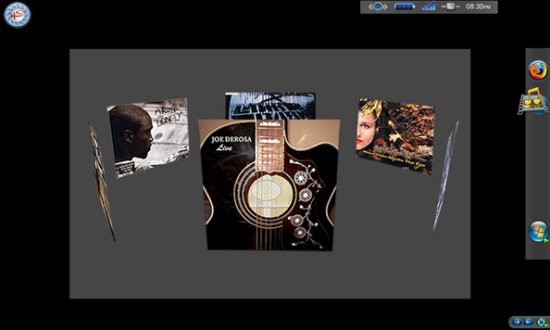