Optimus Maximus to get $500 brother

Posted on Tuesday, Nov 06 2007 @ 15:56 CET by Thomas De Maesschalck
Artlebedev announced the first lot of their hyper-expensive Optimus Maximus keyboards has been completely sold out. The orders will start shipping in December and a second lot is expected after mid-February 2008.

The development of the keyboard isn't ready though, the drivers still need a lot of work. The firm says the first Optimus Maximus keyboards will be limited in functionality but promises firmware updates will add new functions every month. 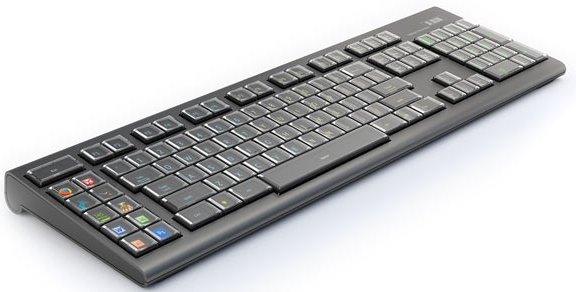 The firm also unveiled they will soon open preorders for OLED keyboards priced sub-$500 and sub-$1000. That's a bit better than +$1,400 but still way too expensive for most enthusiasts.