However, some changes to the layout of the board has been made to improve memory compatibility and performance, which is good news for overclockers. The X48 chipset does of course also add official support for 1,600MHz bus speeds, although there's no reason why most X38 boards wouldn't be able to do this as long as the board manufacturer has added overclocking features.

The two yellow slots are apparently only using PCIe bandwidth from the ICH, which means they're limited to x4 bandwidth, although MSI couldn't quite explain to us how both slots can get this much bandwidth, since the ICH only has six lanes in total. The extra chip below the ICH is a PCIe bridge which splits the bandwidth between the two slots. This also limits the two yellow slots to PCIe 1.0 rather than being 2.0 like the blue slots. 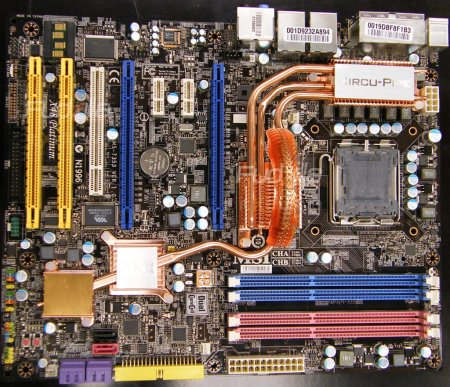