Posted on Tuesday, Dec 04 2007 @ 16:32 CET by Thomas De Maesschalck
Here's something I didn't see coming from Dell: a World of Warcraft branded XPS M1730 gaming notebook. The system maker teamed up with Blizzard to give the XPS M1730's enclosure a WoW makeover and ship each of these systems with World of Warcraft + The Burning Crusade expansion pack and all the latest patches preinstalled.

Customers can choose between an Alliance and Horde system. Each of these notebooks ships with an Orc box which contains the user manual, power adapter, a XPS WoW mousepad, a WoW tshirt and some other stuff.

The systems also ship with a Quest Envelope which contains the following: But that's not everything, the notebook also ships with a WoW backpack full of goodies: 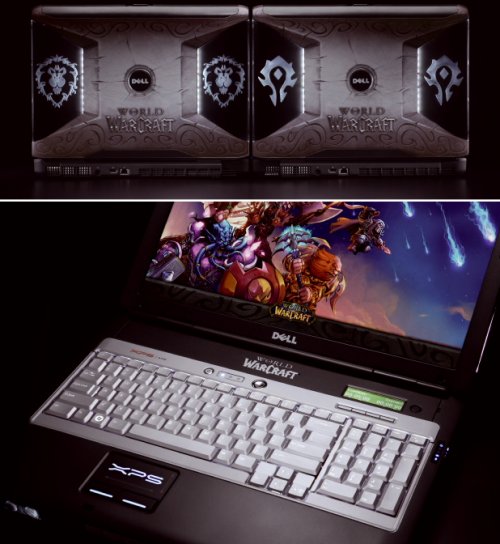