The night before our 8800 GT review went live, Derek called me and let me know that Sparkle sent along images of a passively cooled 8800 GT. Said one word: "impossible". I told him that it had to be a Photoshop because there was no way you were going to get an 8800 GT running without a fan, the card was simply too hot.

The 754M transistors that make up G92 were simply switching too fast and dissipating too much heat to be cooled by anything without a fan. Sparkle could’ve lowered the clocks, that would’ve made it possible, but I thought there was just no way at stock speeds. And Sparkle was promising a bone stock 8800 GT, sans fan. I had honestly forgotten about the card until I started work on the 8800 GT roundup, and there it was, in its innocent white box..

Check out the review over here. The card performs just as well as a regular GeForce 8800 GT but gets extremely hot. Idle the card's GPU runs at 76°C like the stock 8800 GT but in load the passive 8800 GT reaches temperatures of up to 111°C which is 17°C more than with the stock cooler. These are the results of a case with limited ventilation, with two 80mm case fans turned on the GPU temperature drops to 106°C.

Most users wouldn't feel comfortable with a card that runs at 111°C but according to the reviewer the card never crashed during any of their stress tests. Overclocking this card may not be a good idea though. 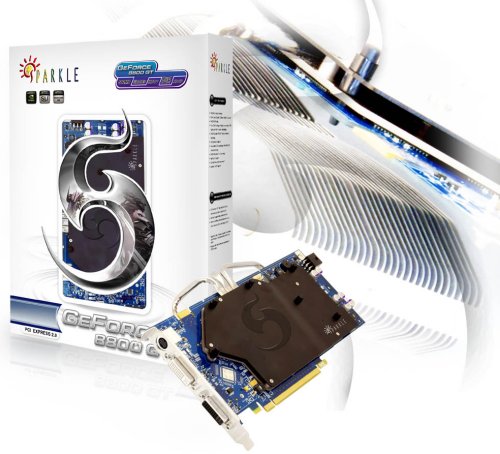