Posted on Monday, Dec 10 2007 @ 06:12 CET by Thomas De Maesschalck
The first screenshot of Star Trek Online has been released a couple of days ago. This is an upcoming MMORPG in the Star Trek universe that will be released in 2008 or 2009.

Today we'd like to seriously shift gears, and start revealing a little bit about the actual game systems themselves. We'll start with a deceptively simple game mechanic that's deucedly difficult to nail down: the Interaction System. 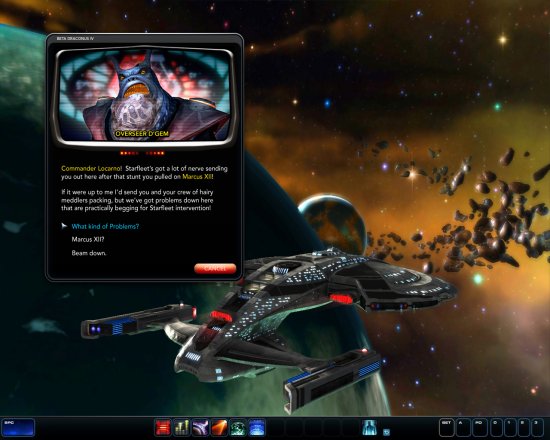 More details and a bigger screenshot can be found over here.