Posted on Thursday, Dec 13 2007 @ 09:22 CET by Thomas De Maesschalck
HardOCP compares the image quality and performance of the latest graphics cards from NVIDIA and ATI in Unreal Tournament 3:

For anyone who may have been hiding under a rock for the past couple of years, Unreal Tournament III (UT3) was finally released this November, to an anxiously awaiting crowd of ravenously hungry FPS gamers. Powered by the over-hyped Unreal Engine 3 (UE3) technology, UT3 has tremendous shoes to fill. The Unreal Tournament franchise has been a multiplayer FPS benchmark for years, having always provided advanced visuals (for its various iterations) and super-fast, energetic gameplay. UT3 promises to bring more of the same great gameplay experience, and to raise the bar to hitherto unseen heights with a density of detail that is unrivaled in today's games.

Check it out over here. The reporter claims the Radeon HD 3850 offers the best bang for your buck in this game. 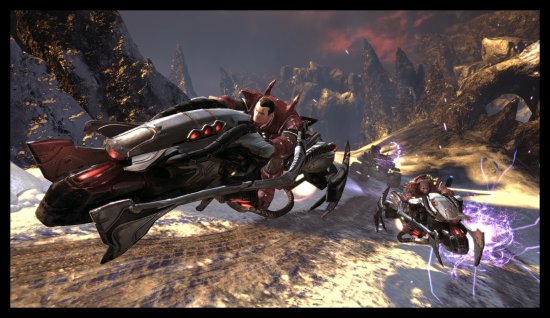