Power up your character’s star to set loose a crazy set of tennis moves that will create havoc on the courts! Once Sonic’s star is powered up his normal smash becomes a super speedy zig zag curve ball, meaning your opponent has to dash from side to side of the court to try and hit those returns. Watch out for AiAi the monkey’s slippery banana trail or Dr Eggman’s electrifying bombs that are sure to shock the opposition! Beat’s graffiti spraying antics are enough to confuse anyone and Amy Rose’s pretty pink heart shaped slice is enough to melt even the toughest of player’s hearts…

When everyone’s character let’s loose their Superstar State move in a multiplayer match the action on court is completely and utterly crackers! 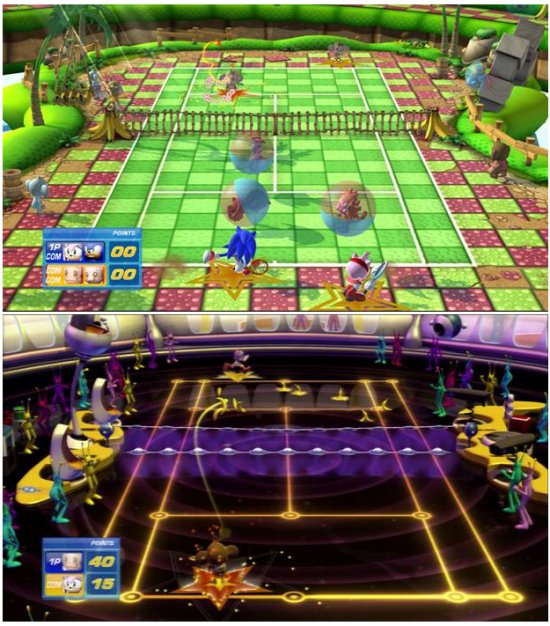