Posted on Friday, Dec 28 2007 @ 05:30 CET by Thomas De Maesschalck
RIM filed a patent for an angular keyboard and scroller that may be used by future BlackBerry models:

A new Blackberry concept has just surfaced. Apparently, RIM's thinking of using an angular keypad for future models of Blackberry. It was also revealed that the same design might be used for the onscreen keypad of future touch-screen Blackberry phones. The company claims it will make things easier for the user. We hope so, RIM. The circular keypads of Nokia 3600 and 3650 were bad enough. Aside from the angular keypad, future Blackberrys will also sport LG Shine-like scrollers. 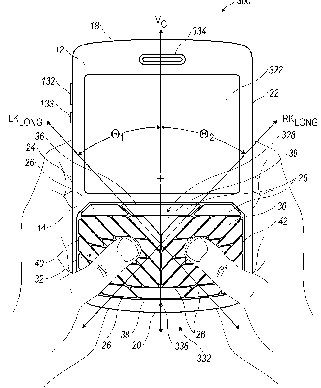