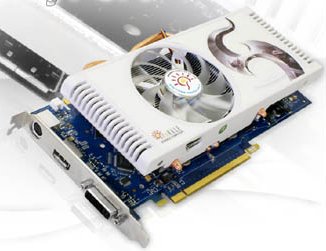 Ahead for next generation display interface, the SPARKLE GeForce 8800 GT DisplayPort graphics card is the world' s first DisplayPort ready graphics card. DisplayPort is a new digital display interface standard (approved May 2006, current version 1.1 approved on April 2, 2007) put forth by the Video Electronics Standards Association (VESA). Unlike present HDMI interface, It defines a new license-free, royalty-free, state-of-the-art digital audio/video interconnect, intended to be used primarily between a computer and its display monitor, or a computer and a home-theater system.