Posted on Friday, Jan 04 2008 @ 19:40 CET by Thomas De Maesschalck
HardOCP got their hands on info and pictures of NVIDIA's upcoming GeForce 9800 GX2 graphics card. This card is a new graphics beast that will be 30% faster than the GeForce 8800 Ultra.

This dual-GPU card is expected in late February or early March and will feature 1GB of memory (likely 512MB per GPU), 2 PCBs with a 65nm GPU and a total of 256 stream processors.

The best way to think of the GeForce 9800 GX2 card is as an 8800 GPU that has been die shrunk to 65nm and placed in an SLI configuration in a "single" card. The 9800 GX2 is very reminiscent of 7950 GX2 of days past. (And we loved the 7950 GX2 at launch, but terrible support and diminishing returns soon painted it as one of NVIDIA’s biggest failures since the 5800 series.)

The GeForce 9800 GX2 will launch in late February or early March as it now stands and will replace the 8800 Ultra (single GPU) card in NVIDIA's high-end product line up. The 9800 GX2 is said to be at least 30% faster than a 8800 Ultra. While it is not clear from the pictures below, we are told it will support "Quad SLI." 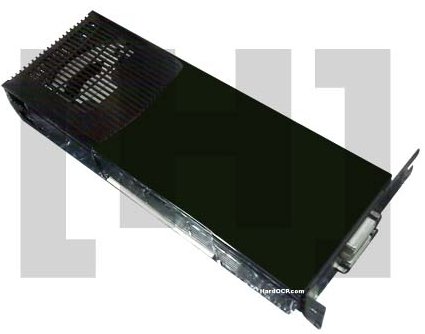