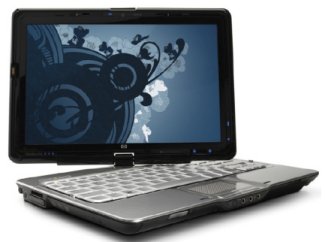 HP announced a bunch of products today. They have a couple of new displays, new desktop PCs (including one with Blu-ray) and a new tablet PC.

The notebook will be available later this month, starting at $1,299.