Posted on Wednesday, Jan 09 2008 @ 16:47 CET by Thomas De Maesschalck
When you think about high-end processor coolers you may not think about Cooler Master but that may change this year as the firm has presented a couple of very interesting products at CES 2008.

The Cooler Master V10 uses a rather unconventional design, features six heatpipes and two 120mm fans, one mounted vertically and the other horizontally. The horizontal fan is located above your memory slots to provide additional memory cooling. 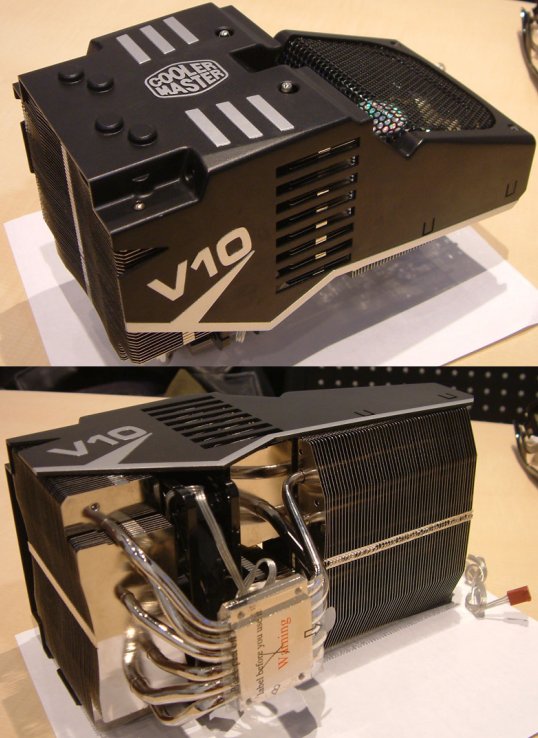 The Cooler Master V8 is a bit smaller than the other two coolers and features six heatpipes and a single 120mm fan that is mounted in the middle of the cooler. 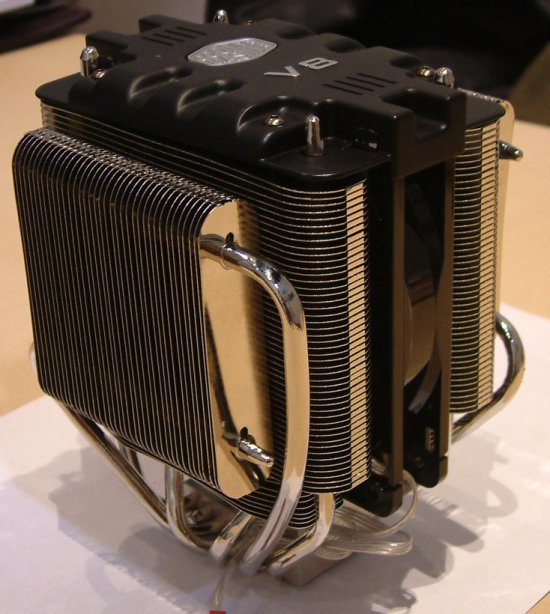 Most of these coolers are only prototypes but I'm wondering if any of these will be able to beat Thermalright's king or snap your motherboard in half.