Posted on Wednesday, Jan 16 2008 @ 14:45 CET by Thomas De Maesschalck
Computer users who've been around for a while may have heard about Microsoft's Plus! packages for Windows 95, Windows 98 and XP. According to WinBeta the software giant is preparing to release a Vista Plus Pack on February 15th.

Microsoft previously said that the Plus! packages were discontinued in favor of Windows Ultimate Extras so there's a possibility that this is a hoax but according to the site the Vista Plus! Pack will sell for 39.99 Canadian dollars.

Vista Plus! Pack features four casual games and perhaps some additional features that probably won't be worthy if your money. 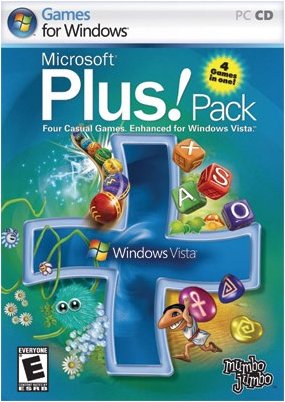