Posted on Wednesday, Jan 16 2008 @ 18:30 CET by Thomas De Maesschalck
A couple of months ago I reviewed the Coolermaster Cosmos and my biggest concerns about this case were the very heavy weight and the insufficient cooling. Soon the firm will release the CoolerMaster Cosmos S, this case will be made out of aluminum, features improved cooling and is 3.1kg less heavy.

CoolerMaster dropped the front door to improve ventilation, added vents and a 200mm fan to the side panel, provides extra HDD ventilation with a red LED fan in the front and upped the amount of fans in the top from two to three. Included with the case is one 120mm front fan, two 120mm top fans, one 120mm rear fan and a 200mm side fan that blows 150CFM on your graphics card. Cooler Master also says that a 120mm x3 radiator will fit inside the top of the case.

The Cosmos S has a black instead of a silver appearance and the front of the case now features a hideable I/O panel with a built-in touch sensor. It measures 266 x 598 x 628mm and features seven 5.25" drive bays and seven expansion slots. Unfortunately CoolerMaster dropped the awesome HDD cages from the original Cosmos, instead there's a removable module with a red LED fan which turns three 5.25" drive bays into four 3.5" drive bays. 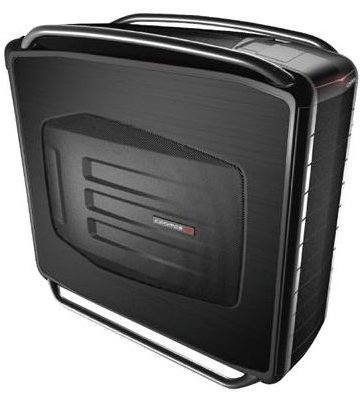 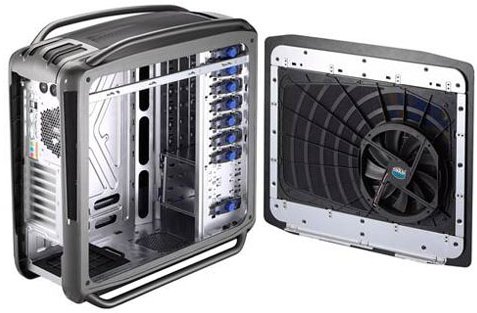 The Cosmos S will be available in March for $260.