The MSI R3870X2-T2D1G-OC graphic card is equipped with two (!) GPU’s that can produce over 1 teraFLOPS of GPU computing power. MSI is the first to deliver an overclocked version. The 1GB GDDR3 memory makes it possible to watch the latest Blu-ray and HD-DVD videos in full 1080p HD without placing huge demands on your CPU. With 640 stream processing units you can play the next generation of DirectX10.1 compatible HD games. Experience this solution with more processing performance per watt and energy-saving features that can help save you a lot of money. The CrossFireX solution can be realized with only two MSI R3870X2-T2D1G-OC graphics cards… 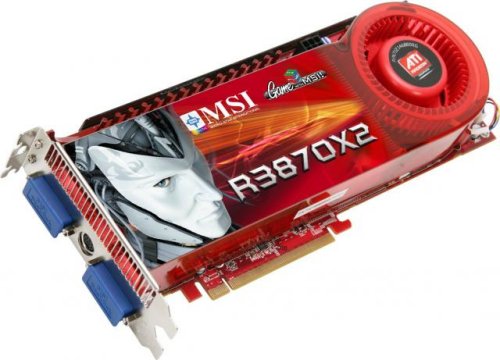