Gaming magazine PC Gamer published the cover of their April edition magazine on their site and it's all about C&C: Red Alert 3:

PC Gamer's April 2008 cover story (hitting newsstands on March 4th) will dish tons of exclusive dirt on the next chapter in the Red Alert series...and do it all in English, to boot! 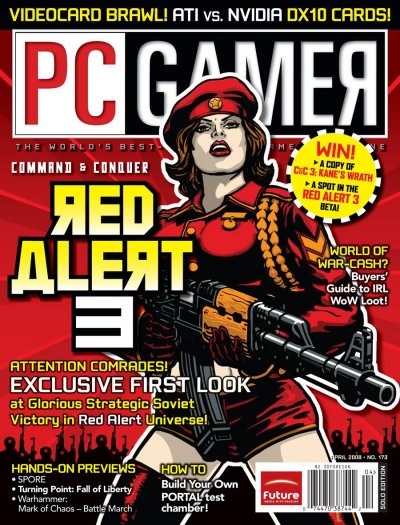 So far the only thing we know is that EA is working on a PC version of Red Alert 3 but more information should follow soon.