Posted on Thursday, Feb 14 2008 @ 17:16 CET by Thomas De Maesschalck
Get ready for a new edition of Red Alert comrades! EA today officially announced Command & Conquer: Red Alert 3 for the PC, PS3 and Xbox 360. Just like C&C3 the game features a new faction and it looks like you'll also be able to battle your opponents at sea this time. Unfortunately EA didn't share the release date, my guess would be by the end of this year or early 2009.

"It’s been too long." said Chris Corry, Executive Producer at EALA. "Fans have been waiting for a new Red Alert game for seven years, and we're working hard to ensure its well worth the wait. The team is staying true to the series' roots while adding new elements like a co-operatively played story-driven campaign, an astounding new faction that will shake-up the Red Alert universe as we know it, and units that will help make Red Alert 3 everything our fans have been waiting for. And by bringing naval combat into the heart of the game design, we’re transporting that fast, fun and fluid C&C gameplay to the high-seas in ways that you’ve never seen before."

In Red Alert 3, the desperate leadership of a doomed Soviet Union travels back in time to change history and restore the glory of Mother Russia. The time travel mission goes awry, creating an alternate timeline where technology has followed an entirely different evolution, a new superpower has been thrust on to the world stage, and World War III is raging. The Empire of the Rising Sun has risen in the East, making World War III a three-way struggle between the Soviets, the Allies, and the Empire with armies fielding wacky and wonderful weapons and technologies like Tesla coils, heavily armed War Blimps, teleportation, armored bears, intelligent dolphins, floating island fortresses, and transforming tanks.

Red Alert 3 asks the question "What If?" What if every bizarre research project and technology experiment for the last 70 years had actually borne fruit? What if the Philadelphia Experiment, time travel theory, teleportation, invisibility, Tesla technology, and a hundred other intriguing research projects had all paid off and gone mainstream? What if the Soviet Union survived and thrived; what would it look like 10 years in the future? What if the Japanese Empire had never fallen and instead became the ultimate high-tech military superpower? The end result is an imaginative and playful vision of an alternate future filled with possibility. 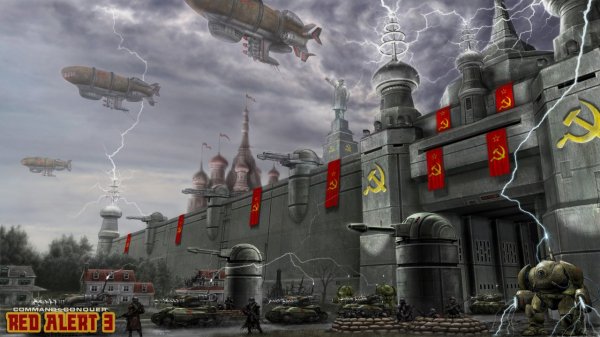 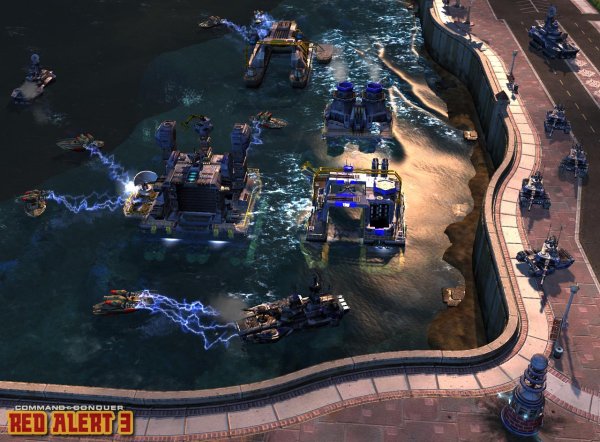 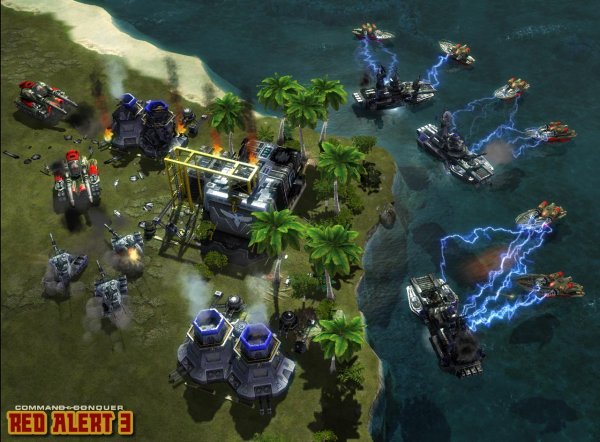