This card's memory isn't the only thing that had a slight bump, as the core clock has been pushed to 703MHz. Unlike the reference version that uses a reference red PCB and reference cooling, this new card from Sapphire comes with Sapphire's blue PCB. It also uses Sapphire's own cooling system that has a larger fan but keeps the single slot design and which should be equal or maybe even better than reference cooling at much lower noise level because of the larger fan.

The new HD 3850 card from Sapphire has a 256-bit memory interface, has a 6-pin PCIe power connector, two dual-link DVI's with HDMI over DVI-HDMI adapter and support for ATI CrossfireX. Since we are talking about the single slot card it would be nice to see four of these cards working in CrossfireX, that's 4GB of GDDR3 graphics memory, if anyobody needs that much. 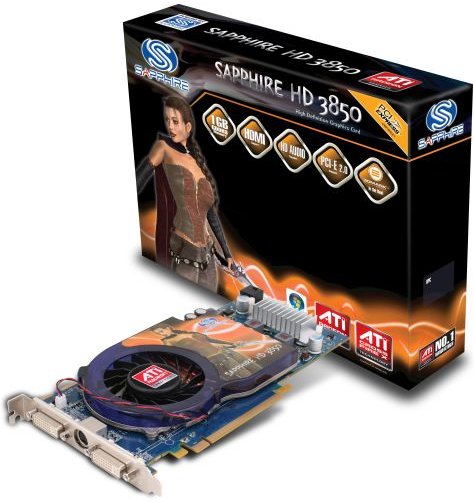