Posted on Wednesday, Mar 05 2008 @ 20:50 CET by Thomas De Maesschalck
ThermalTake showed off a prototype of a case that uses phase-change cooling to chill your processor.

A simple condenser - with fan - is mounted where the chassis' rear fan would normally go. This connects to an expansion valve from where cooled liquid passes up to the CPU plate. The liquid moves on into a reduced-sized compressor before returning to the condenser to start the process again.

With copper running throughout the system, though, different configurations will be needed to suit differing motherboard layouts. And that appears to cause big problems for Thermaltake's plan to take this system into the mass market.

The company's trying to figure out how to get around that problem but, right now, even slight variations between motherboard layouts could undermine the whole idea. 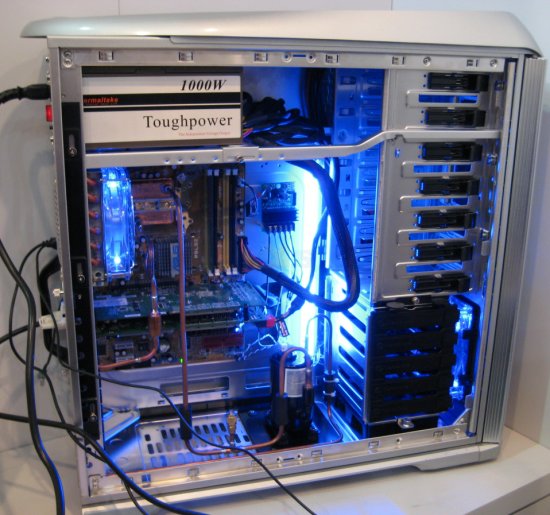 ThermalTake aims to release a case based on this prototype by the end of the year.