First details about The Sims 3 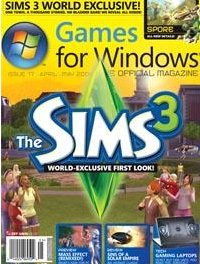 Games for Windows Magazine published some of the first details about EA's upcoming The Sims 3 game:

The biggest change to The Sims 3 is that it takes place in a wide-open, constantly changing neighborhood -- a much bigger sandbox, if you will, and a much more complex simulation. The town and park you see on the cover image to the right (click to enlarge) exist in the same seamless space as your Sims' household, and what you do outside your home now matters as much as what you do within. (Yes, previous expansion packs added out-and-about activities, but they were always separate sub-games. Here, everything's completely integrated.) The game also sees a major shift in how Sims' motives are handled: Individual meters indicating bladder and sleep-deprivation levels are replaced by a new system of discrete moods, the aim being to get players off the treadmill of fulfilling primal eat-sleep-pee-repeat requirements so they can focus more on, well, going out on the brand new town.

There are tons more changes, too, some big, some small, all detailed in the exclusive 12-page preview in the April/May issue of Games for Windows: The Official Magazine, showing up in subscribers' mailboxes today and on newsstands shortly after. Inside, you'll find an exploration the Sims' new, open hometown; a full explanation of the new gameplay mechanics, including the radically revamped character-creation system; in-depth interviews with Sims Studio head Rod Humble, design director Matt Brown, and executive producer Ben Bell on the other big changes; and lots more.