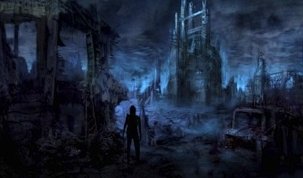 3D Reals CEO Scott Miller launched a new game development firm called Radar Group - this firm refers to itself as an original IP incubator and has the goal of managing gaming projects that can be further developed into cross-media properties like films, TV shows, novels and toys.

Radar Group is currently working on a couple of games, including a sequel for Prey:

"We build into our original, co-created IP the hooks to make for both a great game and a great film. You don't have to look far for proof that our new approach will work; sales charts every year greatly favor IP born within our industry."

Miller will serve as the company's chief creative officer, with Jim Perkins taking on the role of CEO. Following our initial report, the bulk of the website was taken offline.

Some of the first games the group will take on were listed, including original IP from 3D Realms and such as Prey 2 and Recoil Games' Earth No More. Two unannounced titles were also listed, in addition to a third person adventure game titled Incarnate.

Prey 2 is being developed for the PC and Xbox 360.