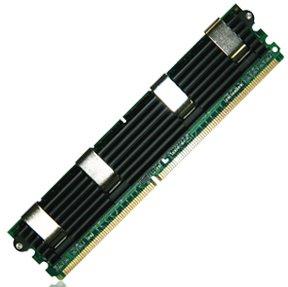 Transcend’s 2GB FB-DIMM gives Mac Pro users the option to fully populate all eight slots for a total of capacity of 16GB. With the Mac Pro’s efficient memory architecture that supports four simultaneous memory channels, Transcend’s 800MHz frequency FB-DIMM delivers amazing bandwidth, allowing transfer rates up to 25GB per second. The 2GB DDR2-800 FB-DIMM for Mac Pro is also equipped with a high-performance Advanced Memory Buffer (AMB) and Error Correction Code (ECC), which monitors the data that gets transferred in and out of memory and performs real-time correction of any errors found. This feature is essential for performing mission-critical or compute-intensive tasks on a Mac Pro workstation, as it can greatly reduce the risk of computational errors, while at the same time increase overall system stability.