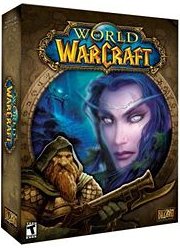 Sunwell Isle
With the new patch, the Sunwell Isle will be available for play. This area includes a new quest hub and 5-player and 25-player instances. Join the Shattered Sun Offensive in shutting down Kael'thas' nefarious operations. This new force is comprised by both the Aldor and Scryers and is led by the naaru. Players will take part in claiming Sun's Reach and setting up a larger base of operations to stop Kael'thas and the Legion.

New Daily Quests
The combined forces of Shattrath have launched an attack on the Isle of Quel'Danas, to confront Kael'thas and the Legion at the Sunwell and surrounding areas. Players will be able to gain reputation with the Shattered Sun Offensive and participate in a new set of daily quests, including new daily dungeon quests for both the heroic and non-heroic five-person Magisters' Terrace dungeon at the Sunwell. And last but not least, this update will increase the daily quest limit to 25.

Here are some mirrors where you can download WoW 2.4: