Sparkle shows off its GeForce 9800 GTX

Using the newest unified rendering architecture from NVIDIA, the raw performance and visual effects of the SPARKLE GeForce 9800 GTX Graphics Card is just going to knock your socks off. It feature a number of groundbreaking technologies including 675MHz core speed and 512MB 2.2GHz GDDR3 video memory, a revolutionary new unified shader architecture comprised of up to 128-parallel, 1688MHz stream processors that deliver amazing floating point processing power for unmatched gaming performance. Now the SPARKLE GeForce 9800 GTX Graphics Card can deliver the most compelling DirectX 10 visual experience the world has ever seen. Next-generation DirectX 10 titles coming out in 2008 will take full advantage of the SPARKLE GeForce 9800 GTX Graphics Card, including Alone In Dark, Prey2, Age of Conan, Rainbow Six: Vegas2 and so on. 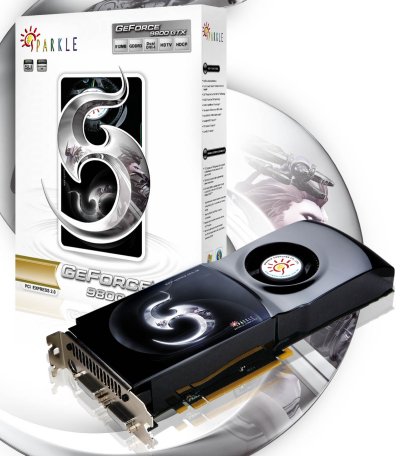