Doom 4 announced - now it's on Earth 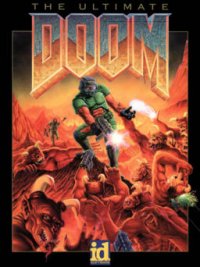 id Software today announced they're working on Doom 4 and said the fourth installment in the Doom series will take the franchise to Earth. No further details were shared but it's likely that Doom 4 will use the new id Tech 5 engine. This engine is available for the PC, PS3 and Xbox 360.

id Software announced today that production has begun on DOOM 4, the next journey into the legendary DOOM universe. id Software is expanding its internal team and is currently hiring to work on this highly anticipated title.

“DOOM is part of the id Software DNA and demands the greatest talent and brightest minds in the industry to bring the next installment of our flagship franchise to Earth,” said Todd Hollenshead, CEO, id Software. “It’s critical for id Software to have the best creative minds in-house to develop games that meet the standards synonymous with our titles.”

More details are expected to be released at QuakeCon on July 31.