At the heart of Mushkin’s eVCI cooling solution are two 123mm x 25mm liquid filled copper vapor chambers developed by Celsia Technologies (www.celsiatech.com) that are encased on the outer dimensions by high conductivity 6063 aluminum alloy. In direct contact with 95% of the memory chip surface area, the vapor chambers effectively eliminate hot spots on the chip and quickly transfer heat to the aluminum where it is dissipated into the surrounding air.

eVCI, Celsia’s unique vapor chamber solution, was exclusively designed for the Mushkin Ascent line of Redline and XP memory modules, and the new line is among the first to use this innovative approach to rapid cooling of high performance chips. Additionally, the low profile, thin design allows full usage of all memory slots while complementing many of the largest CPU coolers, which often limit memory module height.

“The gamers we’re targeting with this new product line are extremely sensitive to the available memory slots they have for upgrades so the slim design of this new line will be particularly attractive to them as well,” added Flood.

Two new products are being announced today in the Ascent XP series:

· The Ascent 4GB (2x2GB) XP2-8500 5-5-5-15 offers the ideal 1066MT/s rating which provides extreme memory performance in both overclocked and non-overclocked FSB scenarios for DDR2 users. The high 4GB density allows users to heavily multitask and get maximum performance from their Vista-based machines.

Configurations in the Ascent Redline series promise to offer the most extreme frequency options for the most performance oriented PC enthusiast. 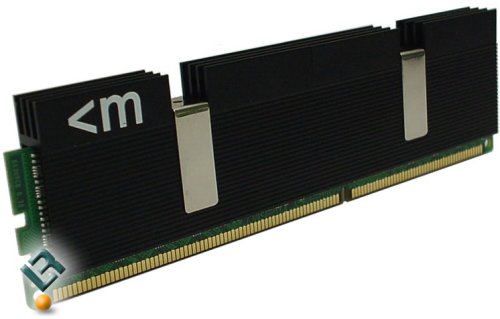