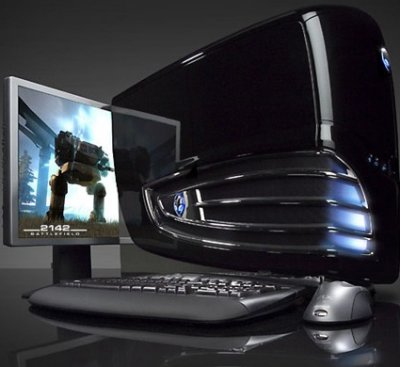 Next month Dell will make a surprising change to its product lineup. WSJ reports the computer giant will phase out four of its XPS gaming PCs to give more attention to the premium systems from Alienware.

It is an overdue but risky move. Alienware's colorful boxes and slick technology catapulted it to the top of the now about $12 billion gaming-PC market. However, under Dell, which continued to market its XPS gaming machines alongside the acquired machines, Alienware fell to earth. "Alienware lost some mojo," says Ted Pollak, a gaming analyst at market watcher Jon Peddie Research in Tiburon, Calif.

Dave Kemick, a 20-year-old University of Pittsburgh student, says he quickly ruled out Alienware as he started looking for a gaming machine earlier this year. "Others have taken their place," he says of Alienware. Arthur Lewis, the recently named head of Dell's gaming-PC division who joined the company with Alienware, says the brand remains a "premier" name in the market. The consolidation allows Dell to put its marketing might under a single name, he says. Among other changes, Dell plans to end XPS marketing campaigns such as the ongoing tie-in with the popular computer game World of Warcraft. Dell doesn't disclose sales of the line. The gaming business is important to the PC maker's turnaround. Dell identifies gamers as a group whose purchasing decisions influence other PC buyers.

Gaming-PCs, which do double-duty as email, word-processing, or Internet machines, also have lost some ground to less-expensive game consoles. Sales of the $300 to $500 consoles from Nintendo Co., Microsoft Corp., and Sony Corp. last year for the first time pulled alongside sales of gaming-PCs. This year, console revenue is expected to surpass that of the PC-based game machines, says Mr. Pollak.

Dell in 2006 bought Miami-based Alienware, and H-P followed suit by buying VoodooPC, a smaller company also known for innovative designs. The two hoped to use their clout to consolidate a market dominated by small companies and do-it-yourself marketers.