Posted on Thursday, May 15 2008 @ 00:25 CEST by Thomas De Maesschalck
Overclock3D has a bunch of new photos of the Maximus II Formula motherboard from ASUS.

First up the appearance of the Maximus II has improved from some of it's predecessors with a rather mean looking black and red heatpipe assembly. ASUS have also been listening to enthusiasts and have made the cooling system partially modular so the Northbridge finned area of the heatsink can be removed and replaced with a waterblock. Those horrible plastic push-pins have also been given the elbow, with ASUS opting to screw the entire cooling system in from the back of the motherboard with...screws. 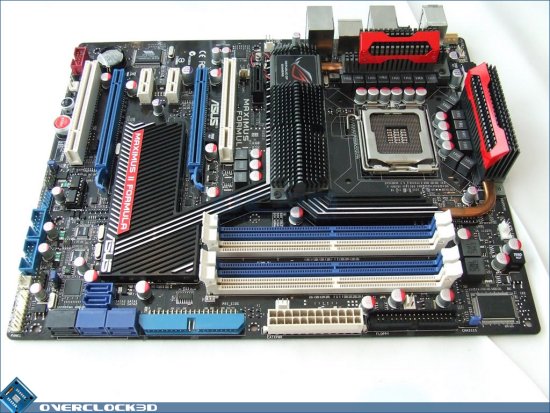