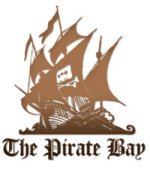 A leaked copy of the Anti-Counterfeiting Trade Agreement (ACTA) was published at Wikileaks. This bill is pushed by the US, European Commission, Japan and Switzerland and would make it possible to kill torrent sites like The Pirate Bay, monitor ISPs more closely and restrict or ban the use of internet privacy tools:

The new multi-lateral intellectual property measure is being pushed by Republican US Trade Representative Susan C. Schwab, who designed much of it. The ACTA bill is apparently supported by the U.S., the European Commission (well known for its recent fining of Microsoft), Japan, and Switzerland.

The third page, paragraph one contains a clause which is becoming known as the "Pirate Bay-killer". It would criminalize non-profit facilitation of copyrighted information exchange on the internet. The Pirate Bay is the largest of several torrent sites that operate on a nonprofit basis and do not provide copyright materials, but provide means to find them. Critics argue that this is as bad as direct copyright infringement, but advocates point out The Pirate Bay also is used to find legitimate files and that similar accusations could be leveled against Google or virtually any search engine.

The new bill would place the internet under the firm grasp of international law authorities and industry officials. ISPs operating within the U.S. and the involved nations would be forced to fully disclose consumer information. Meanwhile, use of internet privacy tools would be greatly restricted and made illegal in many cases.

The plan details additional plans to expand the bills scope into developing nations, convincing them to join.

More info at DailyTech. The U.S. government and other member parties are planning to push forward a finalized version of ACTA at the G8 summit in July 2008.