Though the card becomes smaller but its spec did not change a lot: G94, 8 16×32 Samsung DDR3 memory module on board, providing 256bit 512MB memory, 8 layer PCB for stability, and one HDTV and one HDMI connectors. because of the tight area, the card did not provide MIO connector for SLI but guys at Galaxy told us that the card can do a “software SLI”(but this time we don’t got a chance to see it). Don’t forget NV have done some color enhancement in driver that excursively for 9 series. 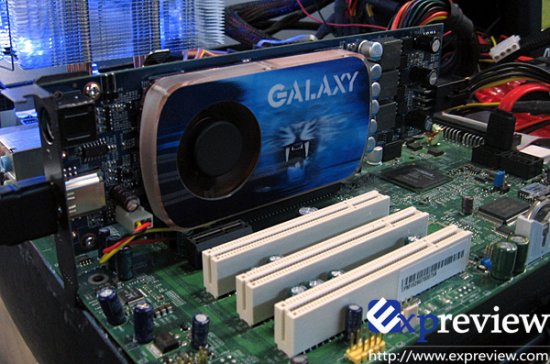