Posted on Monday, May 26 2008 @ 16:50 CEST by Thomas De Maesschalck
FUD Zilla reports Cooler Master released a smaller version of the Geminii for HTPCs. The Cooler Master Geminii S is a bit more compact than its big brother and is cooled by a 120mm fan.

The Geminii S is much smaller than its bigger brother. It comes with a single pre-fitted 120mm fan with the option to install either two 92mm fans or two 80mm fans, depending on your needs. It measures 124 x 120.8 x 75 mm and weighs 560g. It uses a copper base which is connected to the aluminum fins via five 6mm heatpipes. 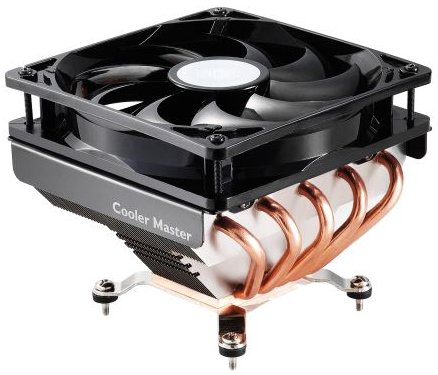