Posted on Saturday, May 31 2008 @ 04:20 CEST by Thomas De Maesschalck
Asus is expected to unveil a new silent GeForce 9600 GT graphics card at Computex. Nordic Hardware says the Asus EN9600GT Matrix will feature a hybrid cooling system, the card will have a dual-slot cooling solution with a large aluminum heatsink with heatpipes that keeps the card cool during less stressful tasks like surfing the web or watching a movie. The fan will only kick in when temperatures get too hot.

GeForce 9600GT brings NVIDIA's latest technologies for hardware acceleration of HD video formats, which by itself makes it a suitable card for HTPC/Media Center PC. ASUS has taken things one step further though by equipping it with a specially designed cooler, which it compares to a hybrid car.

The cooler consists of a large aluminum heatsink with heatpipes, which will be enough to keep the card cool when watching movies or doing less stressful tasks, but in case you do want to game a bit, there's also a fan that will kick in when the temperatures rise. Besides all of this, ASUS has spent some time designing the cooler, giving it a sleek and clean look.

Further strengthening its position as a good HTPC candidate, ASUS has equipped ASUS EN9600GT Matrix with both an HDMI jack and optical sound output. 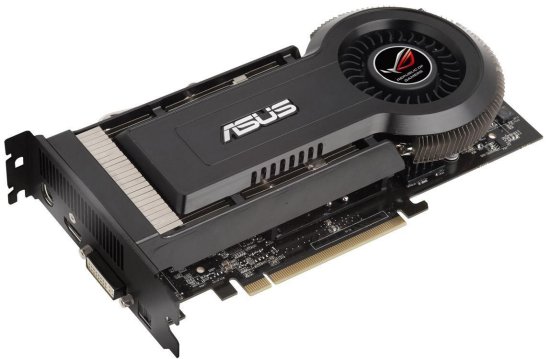