Posted on Monday, Jun 02 2008 @ 17:18 CEST by Thomas De Maesschalck
I just listened to NVIDIA's webcast about the new Tegra computer on a chip products for mobile devices and got a bunch of slides with more information about this product. Tegra was built from ground up and NVIDIA claims it's the most advanced ultra-low power computer ever built. 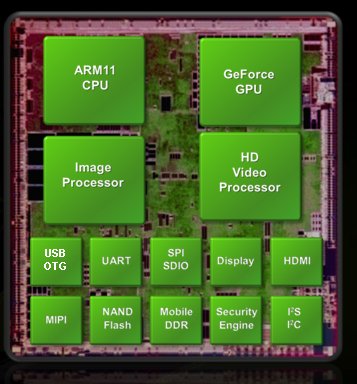 Tegra is a competitor for Intel's Atom processor and NVIDIA says its new SoC mobile chip is about 10x smaller than the Intel Atom and consumes 10x less power. The Atom platform uses about 10W while the NVIDIA Tegra uses around 1W. Idle power consumption of Tegra is less than 100mW and NVIDIA promises a new Tegra generation will be released every 12 months or so. 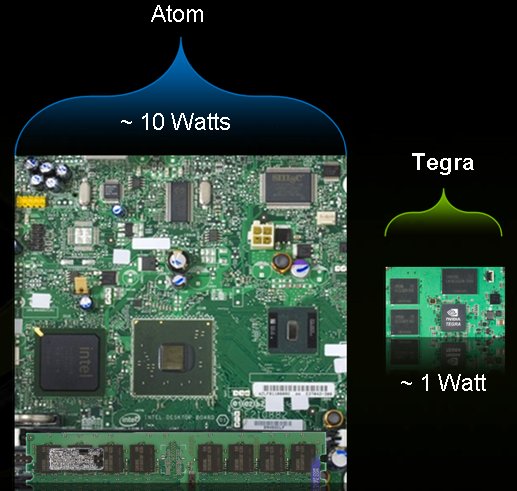 NVIDIA gave an illustration of the capabilities of the Tegra. The firm says this chip can play over 25 hours of 720p HD video while a similar device with the Intel Atom "Diamondville" platform is only capable of 2 hours of SD video playback. For web browsing the Tegra will also have significantly more battery life. According to NVIDIA, the Tegra has a thermal design power (TDP) of about 1W.

Here's an illustration of some of the 3D user interfaces Tegra will have: 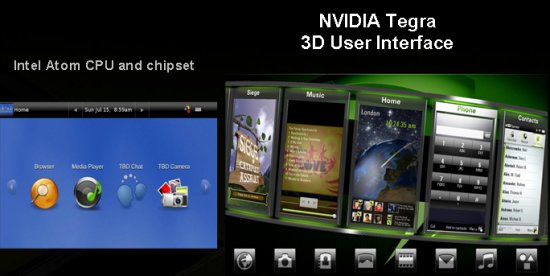 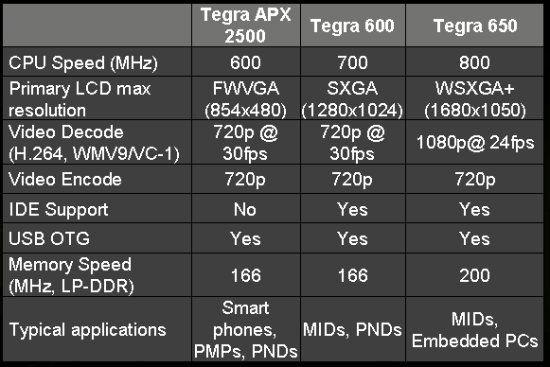