VIA Nano based system at NVIDIA's booth

Posted on Tuesday, Jun 03 2008 @ 22:22 CEST by Thomas De Maesschalck
A formal announcement is expected on Thursday but NVIDIA is already showing off a VIA Atom based system at its Computex booth.

Now, with VIA announcing the all-new Nano processor, a not-so-veiled attempt to beat Intel's Atom, NVIDIA has jumped right in and showcased a Nano-supporting motherboard playing ball with its GeForce 8500 GT discrete card.

We expect to see NVIDIA provide integrated graphics for the Nano in due course. Quite possibly, we could see Nano-powered notebooks, hosted by NVIDIA's mobile IGP, soon enough, and that would give Intel's dream of netbook dominance a healthy kick up the posterior. 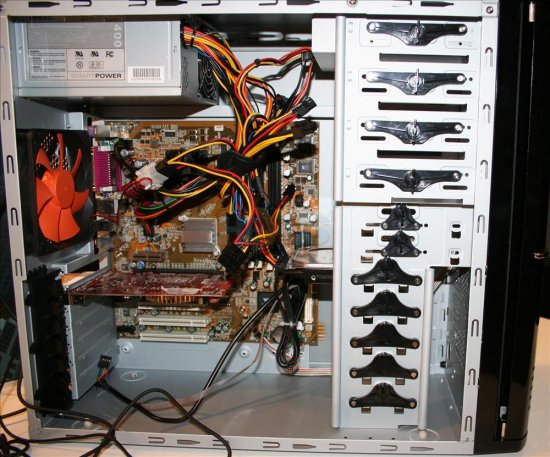