Posted on Wednesday, Jun 04 2008 @ 22:51 CEST by Thomas De Maesschalck
Silverstone is showcasing a prototype of its Raven RV01 case at Computex. One of the interesting things about this case is that the motherboard is rotated 90 degrees so all the heat from your graphics card(s) can rise naturally.

The first thing you’ll notice is that Silverstone has basically reinvented the case as we know it – the motherboard is angled 90 degrees pointing it upwards instead of out the back. This means the heat from the 200+W graphics cards can rise naturally and that plugging in your cables is far easier to see. There are two large fans in the base, while the PSU fan sucks in from the bottom to avoid funneling conflicts.

The case won’t be aluminium, but instead steel and a dull matt plastic (although it looks kind of rubberised) – Silverstone is keen not to use any shiny plastic that might make it look cheap. Design wise, well, it’s aggressive that’s for sure, and it shouldn’t cost too much so it’ll be more accessible than many Silverstone high-end cases. 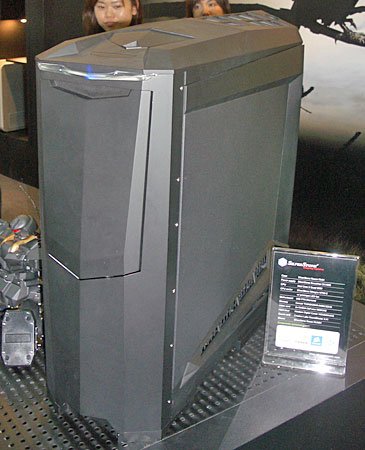 The concept is pretty interesting but if they want to sell this case they'll have to make it a bit more visually appealing. 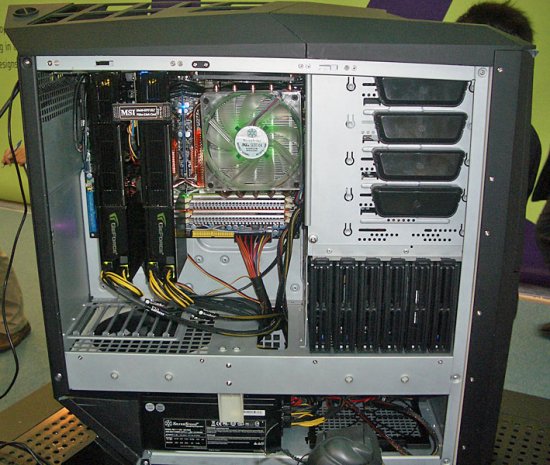