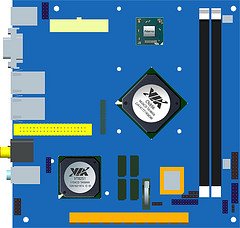 "With the Mini-ITX, VIA set the de facto standard for small form factor x86 platform integration, triggering industry-wide innovation in mini PC systems," said Timothy Chen, Special Assistant to the President, VIA Technologies, Inc. "Through the introduction of Mini-ITX 2.0, we are defining the mini PC platform of the future, paving the way for the emergence of a new generation of high performance systems that deliver an optimized experience in today’s increasingly media rich environment."

In line with the company’s long-term commitment to supporting open industry standards, VIA is working with leading industry partners including NVIDIA, the world leader in visual computing technologies and the inventor of the GPU, to drive innovation and maximize freedom of choice around the Mini-ITX 2.0 standard.