The Nehalem platform still has some bugs but AnandTech says the new chip once again delivers a big performance upgrade. In his tests Anand saw first hand that a 2.66GHz Nehalem delivers 20-50% more performance per clock than a 2.66GHz Core 2 Quad Q9450 "Penryn" processor while consuming only 10 percent more power! Gaming performance wasn't benchmarked because the motherboard had serious PCI Express problems. So far Nehalem looks really good and the final silicon in Q4 2008 will be even better as these tests were done with immature hardware.

AMD never really caught up to the performance of Conroe, through some aggressive pricing we got competition in the low end but it could never touch the upper echelon of Core 2 performance. With Penryn, Intel widened the gap. And now with Nehalem it's going to be even tougher to envision a competitive high-end AMD CPU at the end of this year. 2009 should hold a new architecture for AMD, which is the only thing that could possibly come close to achieving competition here. It's months before Nehalem's launch and there's already no equal in sight, it will take far more than Phenom to make this thing sweat. 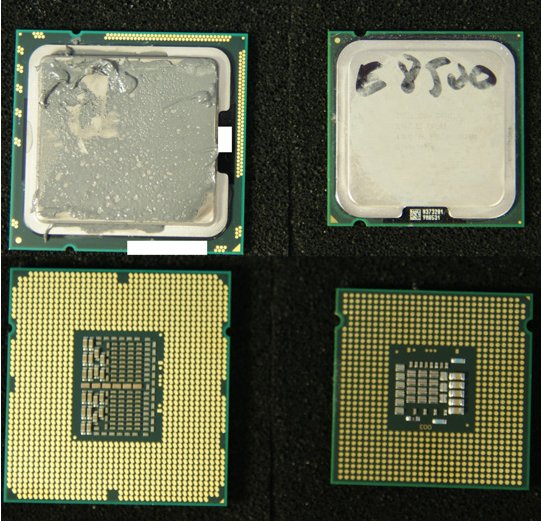 You can check out the article over here.