Posted on Friday, Jun 06 2008 @ 23:12 CEST by Thomas De Maesschalck
Hot Hardware writes the upcoming 2009 Audi Q5 car will feature a audio/visual interface control panel powered by a GPU from NVIDIA. There are few specifics but I think the chip they're talking about is not really a GPU but one of NVIDIA's new system-on-a-chip (SoC) Tegra chips.

"The Harman/Audi platform sets new benchmarks for automotive navigation, communication and wide-screen entertainment. A high-performance NVIDIA graphics processor ensures that navigation map images transition smoothly, even when the vehicle quickly changes direction. Driver orientation is enhanced by a three-dimensional landscape view that reproduces true-to-scale terrain. Photorealistic depiction of points of interest allows visual matching of key landmarks to the in-car display, and identification of commercial points of interest is enhanced with well-known brand logos. The display offers a bird's-eye view of more-distant destinations and features automatic close-up zoom at intersections." 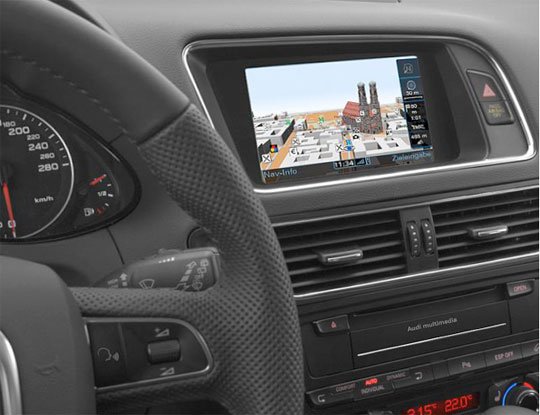