A leaked copy of Windows 7 Build 6519 Milestone 1 showed up on the Internet today. Releaselog claims this is the early build which was showcased at a conference back in January 2008.

The leaked file weighs in 2.91GB and according to the release note it expires in June 2008 but this can easily be avoided by setting the clock of your BIOS to December 2007. 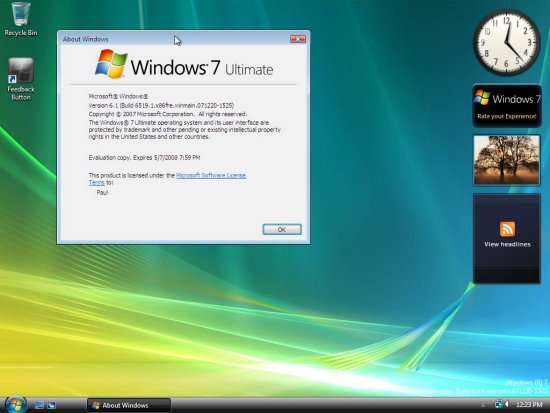